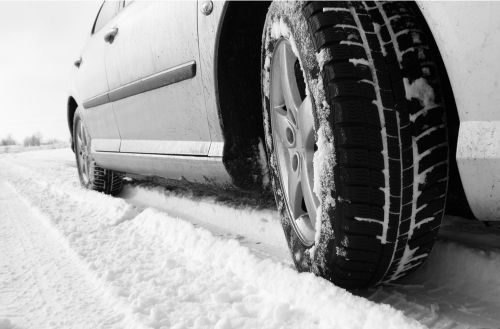 For a safe winter drive, nothing beats a good set of Winter tires

Choosing the right tires for your driving conditions improves safety, efficiency and overall driving satisfaction. If you already have all-season tires you will already appreciate this, if you only have regular tires you may be wondering which is the best for you.

All season tires can handle light snow, but for heavy snow and ice which we often experience in Connecticut, winter tires are best.

What are the benefits of snow tires over all-season tires?

The improved traction of snow tires means that they are able to stop quicker and accelerate faster on snow and ice compared to all-season tires.  According to a study by Tire Track:

Snow tires are a sensible choice in Connecticut where we often have harsh weather, heavy snow and ice.  Yes they cost a little more, but you’ll be far safer, less likely to be in an incident (and have to pay out) and will be able to get about your life far easier when the heavy snow falls.

Head to Country Club Garage on 1 Gaylord Farm Rd Wallingford, CT 06492 to pick up your snow tires and have them fitted by our experienced mechanics.

With over 40 years trading, Country Club Garage is known as a trusted auto repair shop you can count on. Out technicians are highly skilled and experienced in all areas of vehicle repair and maintenance.